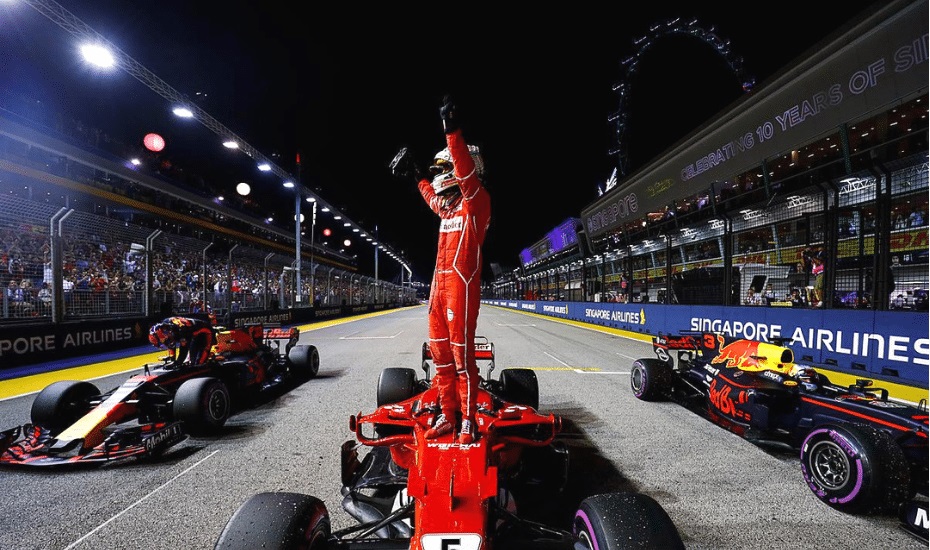 Did you know Singapore hosted Grand Prix race in 1965 at Thomson Road? It continued until 1973 when it all ceased due to various reasons like unsuitability of the track for racing, inconvenience of road closures for the event and fatal accidents during the 1972 and 1973 races.Then there was a turn of tides in 2005, when our FOUNDING father Mr. Lee Kuan Yew remarked (published in the Sunday Times) he regretted not having built a Formula One racing course as he believed that F1 would bring much global awareness and commercial benefits to Singapore.

In 2008, Singapore Tourism Board successfully bid the right to host not just another Grand Prix but it was THE FIRST night-time event in Formula One history. This first race was held at the new Marina Bay Street and this Circuit was the 15th round of the 2008 FIA Formula One World Championship. The timing of the night event could not be any better as it  was broadcast live at a convenient time for European TV audiences. Singapore gained maximum international exposure.

It would not have been an easy feat for STB to put up the bid if the Singapore government and its many agencies did not worked very hard in the past 3 decades to build the brand “Singapore”.  Let’s see how Singapore’s economic success and political stability have worked a great deal as good PR for Singapore to get noticed by the world:-

In addition to the above, having a good spokesperson is good PR too. We have our own very own Mr Lee Kwan Yew then, and more importantly, we had a very strong supporter who is none other than the “F1 supremo” himself, Mr Bernie Ecclestone, former chief executive of the Formula One Group. For many years, he was persuading the F1 Group to look at Asia for new hosting sites for F1 race, and uniquely Singapore.

And after the inaugural event in 2008, the positive reactions and comments from the Presidents, Chairmen and leaders of the different race teams, sponsor companies, the F1 drivers to the fans, are nothing less than phenomenal and impressive to describe the immense preparation work and actual race day experience of the 2008 Singapore Grand Prix.  These work well as PR too.