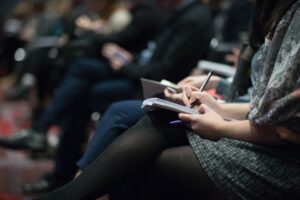 A PR campaign is a campaign that strives to raise awareness of a product or service, informing the public news about a certain company or organisation, reaching out to a larger target audience, or bettering the reputation of a brand.

Or in short, something that every company needs!

The reality is that executing a successful PR campaign is not as easy as it seems.

Firstly, laying the foundation is of utmost importance. Conceptualising a comprehensive PR plan and solid PR materials that will grab people’s attention will make all the difference.

The key is outreach and depth!

Researching on the relevant markets and media channels thoroughly can help to lay the groundwork for the PR plan.

Next, come up with objectives, which is something that many do not spend enough time on. Most great PR strategies have one primary objective and a couple of secondary objectives due to the fact that they keep the campaign on track at various stages and on all target channels.

A detailed and well-thought PR strategy plays a significant role in generating leads, building reputation and attracting customers. It’s a defined plan which helps companies to stand out from the rest. Hence, do craft out a solid plan for solid results!

The PR plan needs to incorporate all aspects of your business, and be part of the fabric of your operations. It is definitely not easy to come up with an amazing strategy, thus considering whether to hire a professional to assist you would be a smart thing to do, and things will be more efficient too!

Secondly, writing a unique and enticing press release does contribute to the success of a PR campaign too. Companies all expect journalists to write and publish the best article regarding the promoted product or service. However, a bad press release can result in a badly published article, vice versa.

Instead, companies should be creative, step out of their comfort zone and think outside the box to come up with a stunning press release which media cannot say “no” to.

For example, rather than writing a press release solely for promotional purposes, (“Our New Phone is Now Available”), write one that is interesting and piques the public’s curiosity “( One Local Cell Phone Shop hopes to Compete with Apple’s iPhone”).

Surely, the second one is much more impactful and the public will definitely pay more attention to it. In addition, companies can include important and useful information in the press release, thus providing all necessary information a journalist might need.

To give press releases a higher possibility of being chosen by the media, it’s important to construct them carefully and distribute to the right people. The best press releases have a strong and special news angle, rather than simply being adverts for a business.

No newspaper is going to print a story that is solely promotional, make sure that there is a meaningful story behind your press release. In addition, appropriate quotes can be added to, such as punchlines that are catchy, and will be stuck on one’s mind!

Thirdly, consider tying your PR campaign with influencer marketing, social media and digital marketing to boost the engagement of your campaign.

In the age of social media, everyone is glued to their mobile devices and consuming media at alarming rates – which could be both good and bad for your brand.

We shop online, execute tasks online, interact with others online, it is of no doubt that our lives are intertwined with the internet.

Thus, with digital marketing, companies and organisations have a higher possibility of catching the attention of the public regarding their campaign.

Many companies tend to belittle influencer marketing, and that is a huge mistake! These influencers have ten thousands to hundred thousands of followers, and these followers often look up to the influencers and get inspiration from them.

Influencer marketing is an excellent way to reach out to your target audience, in this context, making your PR campaign known to a few hundred thousands of people.

However, relevant social media platforms and relevant influencers must be chosen carefully such that they are compatible with the PR campaign. To add on, engaging media outlets will be very impactful too. As the name suggests, Public Relations is about making golden contacts.

If a company were to successfully ask a media outlet to publish an article about the PR campaign, and on top of that on their social channels, there will be huge awareness generated.

For example, if the story was picked up by Channel News Asia, it will reach out to their audience on broadcast, radio, social media – not only in Singapore but in the region.

Take a look at the amount of competition and brands out there – what do you think it takes for people to sit up and take notice?